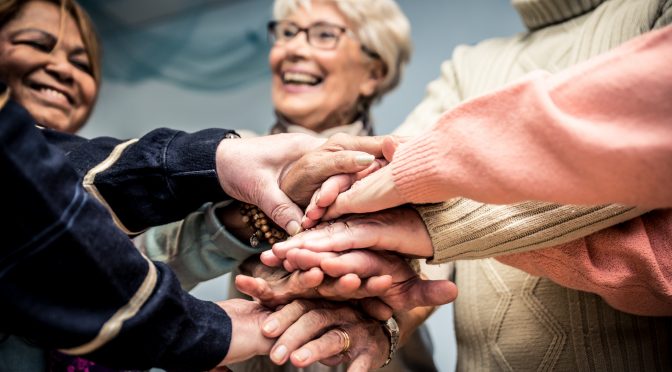 A Heroine and More

Ruth Bader Ginsburg was known for her tenacity, strength, and resilience. She fought for gender equality. Ginsburg became a caregiver to her husband when he had cancer, and had her own experience with the disease.  She also had a daughter and a son.

Ginsburg graduated at the top of her class. Despite serving on the law review, she had difficulty getting a job. She had two strikes against her: being a woman and a mother.

Despite the challenges she faced, Ginsburg became the second woman to become a justice of the Supreme Court.

We celebrate Ruth Bader Ginsburg as a woman who used her expertise and talents to make a difference in gender equality. She is notable for her accomplishments, and rightly so. In reflecting on her accomplishments, we can think of many other women we know who also succeeded despite challenges.

Our grandmothers and great-grandmothers were also challenged but survived. They lived through the Depression, World War II, and other major historic events. My grandmother raised children after her husband’s death and made sure they all received a private school education, while working as a nanny. She has been my motivation for getting my education. Another friend of mine had several careers, including working on computer databases, starting a women’s investment group, and becoming a pilot. She did all of these things before it was common for women to do so.

We honor and acknowledge Ruth Bader Ginsburg for her accomplishments and successes in fighting for gender equality. Celebrating her should also cause us to remember our personal icons. These family members and friends have overcome challenges and survived. We thank them for serving as an inspiration and for encouraging us to continue on. Let’s celebrate the women who inspire us.

Kathy Dreyer, Ph.D., is an Advisor at AGE-u-cate® Training Institute, which develops and delivers innovative research-based aging and dementia training programs such as Dementia Live® and Compassionate Touch®, for professional and family caregivers; kathy.dreyer@ageucate.com